Some of The Children That, With Your Help, We Are Sponsoring

Alain's first visit to Nepal was in 1979, during which time he befriended a family of Tibetan refugees that had settled in the Kathmandu valley in 1972.

Returning every year since then, he decided to sponsor the private education of their first little girl, Tsering Dolma then aged 10 at the wonderful Dr Graham Homes in Kalimpong. A few years later Alain sent the small brother Nawang Tenzing to join her there. Both where exemplary students and both studied there until 1994 when the family was given the opportunity to emigrate to USA. They have all settled well. 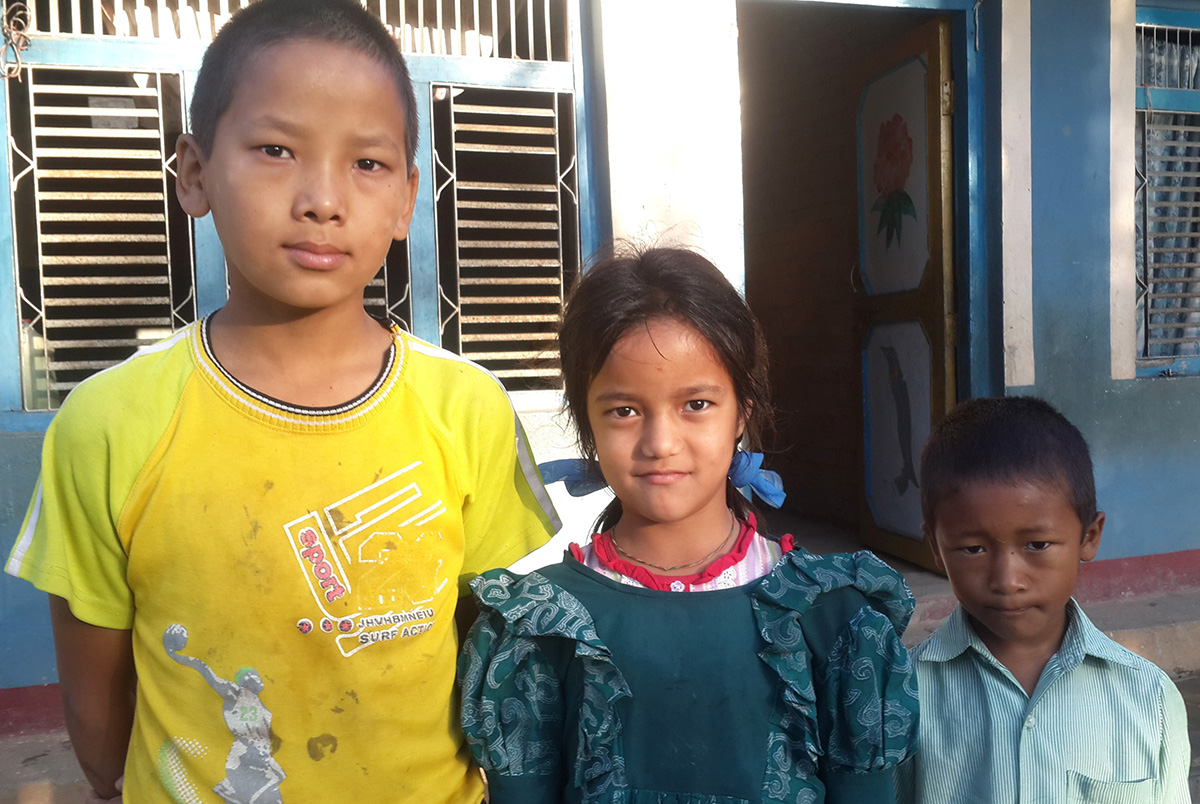 Roshan, Puja and Sujal. Three children abandoned by their parents

The traumatic earthquakes of 2015 in Nepal have really affected the poorest all over the country, but there were already critical cases prior to the events. Child abandonement and trafficking is not new in Nepal

Namo Buddha Higher Secondary School, that Alain has been associated with since February 2011, has taken in difficult cases of neglect.

At least the parents of some of the abandoned children cared enough to leave them in a safe environment rather than leave them on the streets of the capital where they become street children and vulnerable to child trafficking. Some of these children escaped that fate, many do not.

The Standards of Education are placing the school as the 3rd Best in the region out of over 400 schools, both Private and Government run. The wonderful Director and Principal, together with the staff, do their very best to provide a safe, secure and homely environment for all the children under their care, with 24 hours a day, all year round care that Government schools in Nepal are unable to provide.

Please Read Some of The Stories of Children in Our Care

" Most of us would like to help those less fortunate than us
achieve goals that, we in the West, take for granted, like Health and Education. "

Thank You Very Much For Your Support.